“A Smart Guided Tour Via VR for Historic Buildings” is a smart tourism project launched by Asia-Pacific Academy of Economics and Management (APAEM) of the University of Macau (UM)  in 2021. It aims to digitally archive, archive and share Macau’s historical or cultural buildings, and ensure that the information can be continuously searched and used in the future.

Golding Technology Co., Ltd. is honored to participate in this project and have the opportunity to create this model with academics. The participants included Wong Seng Fat, Lam Chi Chiu, Lok Man Hoi, Siu Ian SO, Guo Huiyun, and Raymond Wong, Stephen Lei and Wilson Hoi.

The ever-changing information technology has brought significant opportunities for the innovation and development of the tourism industry, but also has a transformative impact on the behavior of tourists. The Institute of Smart Tourism of City University of Macau was established in line with the development trend of tourism in the information age. It aims to carry out a series of related researches around the theme of “Technology Innovation and Tourism and Leisure”, with the analysis of tourism big data and virtual reality tourism as the main research directions. 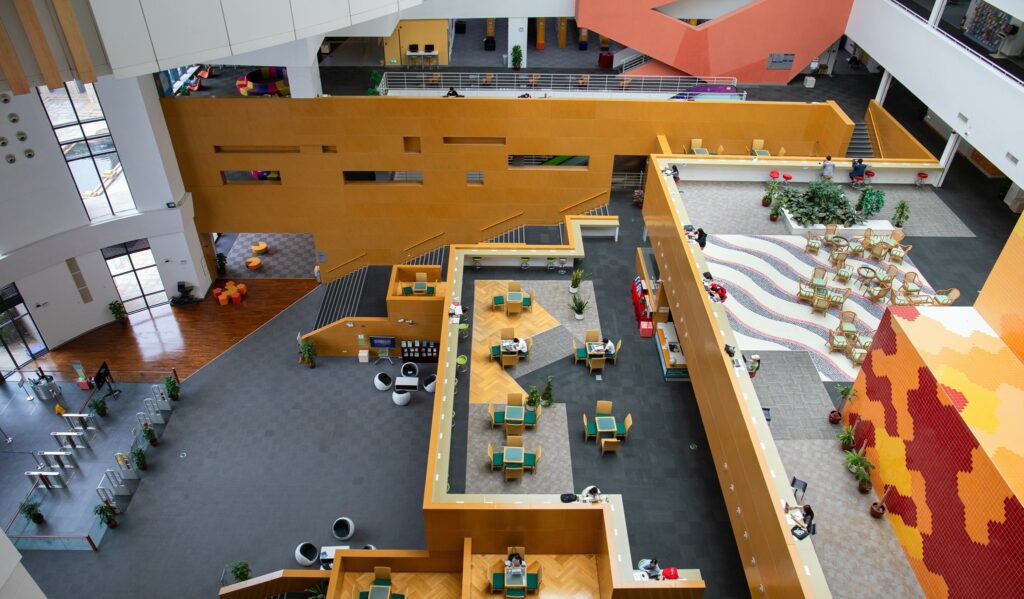 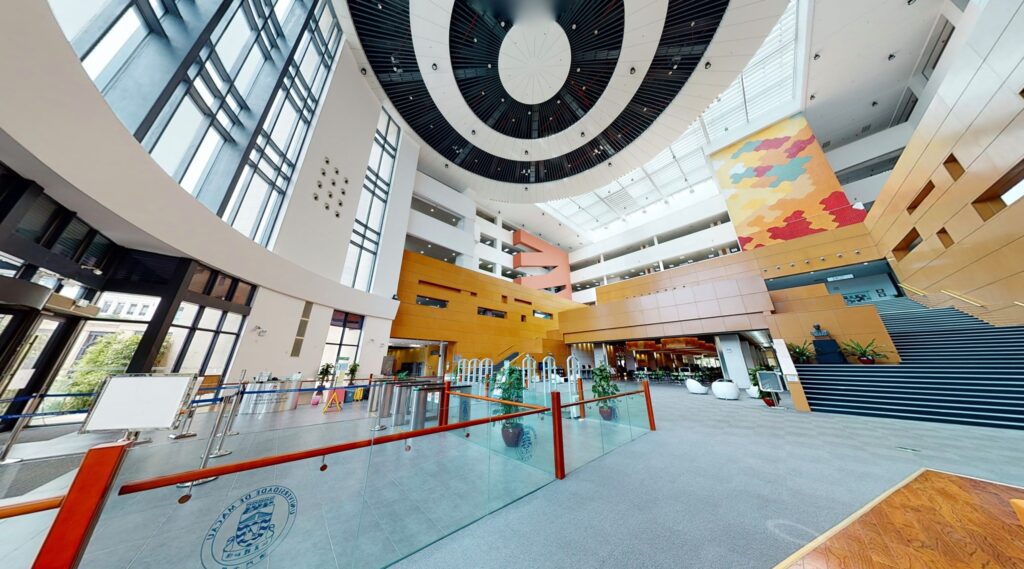 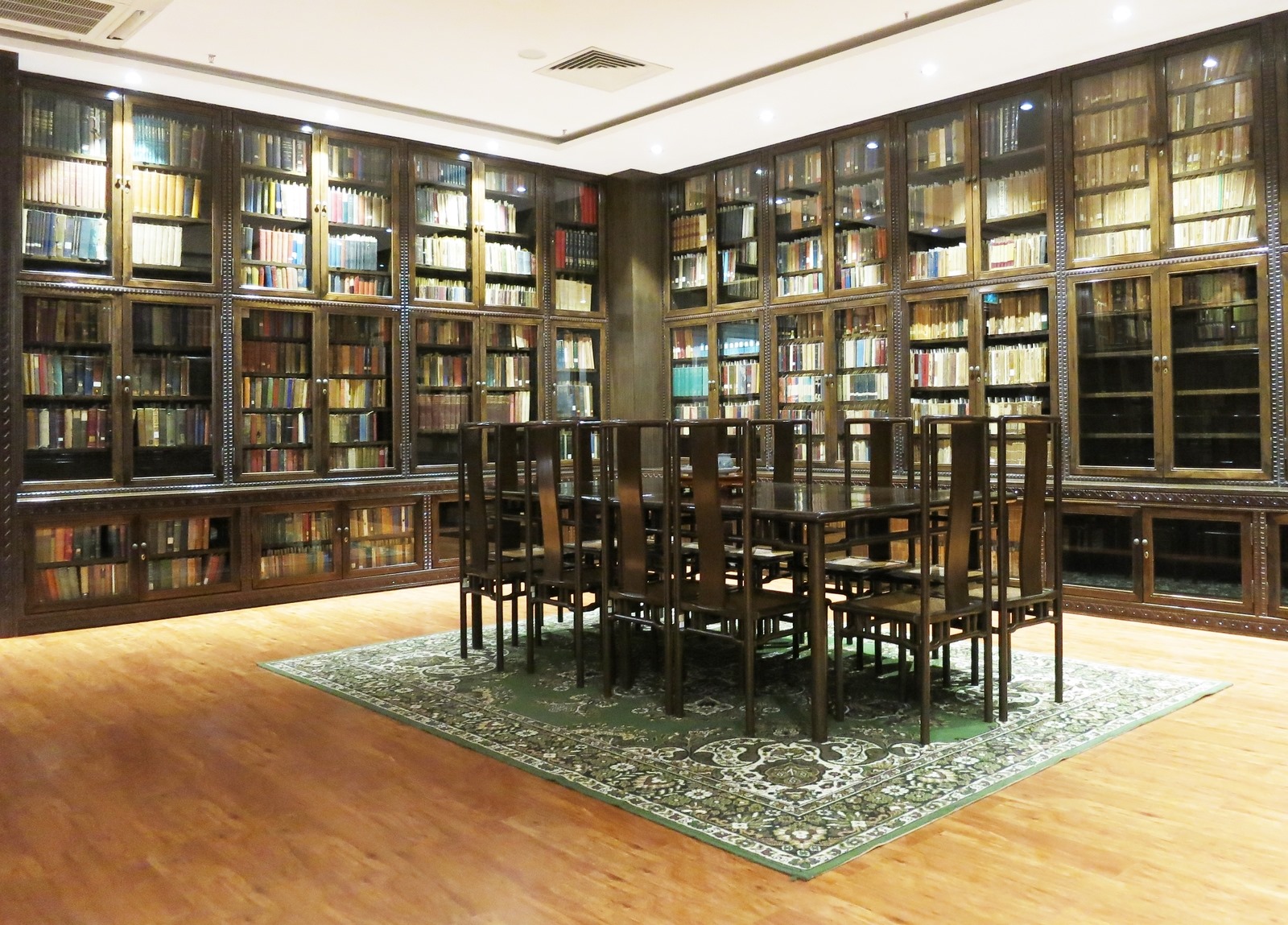 The University of Macau Library moved into the current “University of Macau Wu Yee Sun Library” building in July 2014. Wu Yee Sun Library is located in the center of the campus, built on the lake, the main entrance is the library plaza, and it connects the various colleges and the central teaching building with corridors and bridges. It is a landmark building of the University of Macau. The exterior of the library was designed by Professor Jingtang HE, an academician of the Chinese Academy of Engineering. The building combines the most superior Chinese and Western cultural elements.

Moreover, Prof. Jingtang HE joined the design team to complete the China Pavilion for the 2010 Shanghai World Expo. It can be said that these two buildings were born to one father. 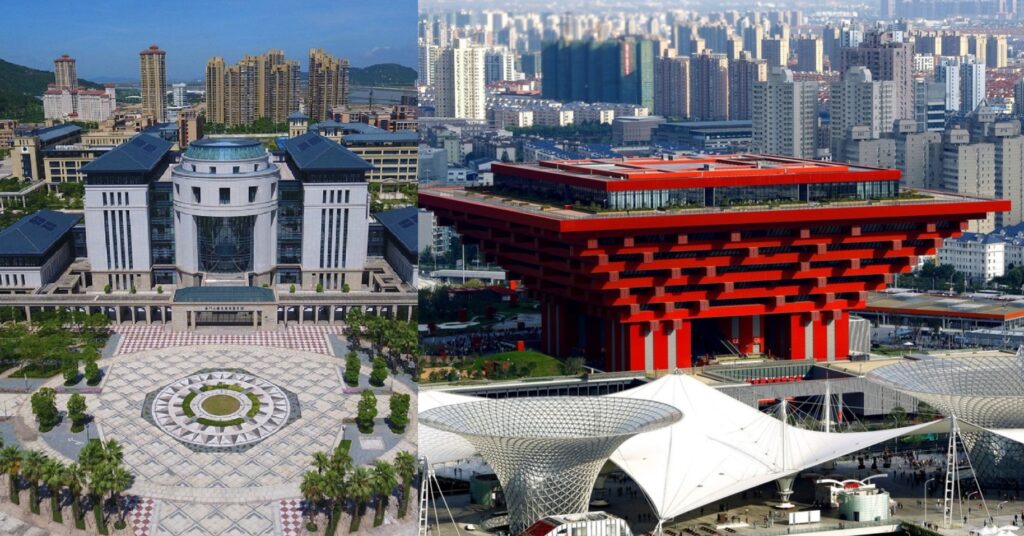 Record every corner in all directions

Wu Yee Sun Library is a large building with seven floors and two wings next to it, with a construction area of ​​more than 30,000 square meters. About 3,000 seats are provided in the tube for readers and study groups. Since its operation, the library currently has more than 12 million volumes/pieces in its collection. On the ground floor, there is a newspaper reading area, an exhibition hall, a lecture hall and the largest information sharing space among the libraries in Macao. The first floor is the special collection area, and the second to fourth floors are the general library. The first phase of scanning and production: The Jinding team first used aerial photography to obtain accurate architectural data for the exterior of the library. After success, the 3D engineers added the data to their imagination and converted them into 3D buildings.

However, the library basically has no closing days, and the filming process is to avoid affecting readers and staff as much as possible. Due to the large area, it took the team about ten working days to shoot about 1,000 panoramas, complete the shooting of the interior, and make the interior model.

The second phase of scanning and production: The production of the previous phase was basically completed in structure. The color and material for online sightseeing and viewing are the keys to making users feel real. Next is the work of material rendering and light calculation.

After receiving the strong support from the library, the Golding team applied to the relevant government departments for drone photography in the library and surrounding areas. Due to the large area of ​​the library, in addition to shooting three views (top, front, side), we took photos and videos in every direction on the four sides and corners of the library. And shoot up close, preserving every detail possible.

Complete appearance data, aided by CAD drawings, enables accurate modeling. This modeling uses next-generation modeling technology, which belongs to high-precision modeling and can be accurate to detail modeling of more than 20cm. During the whole process, the team first carefully observed the shooting materials and CAD drawings, made a white model of the library’s frame appearance, and then adjusted the details, studied the texture and texture of the appearance, and simulated the appearance and shadow changes of the library under the sunlight. After rendering, the indoor VR model is finally integrated and added to the engine, so that it can be viewed in 360 degrees, and at the same time, it can be zoomed in, zoomed out, and rotated to display the library in a more vivid and interactive way. 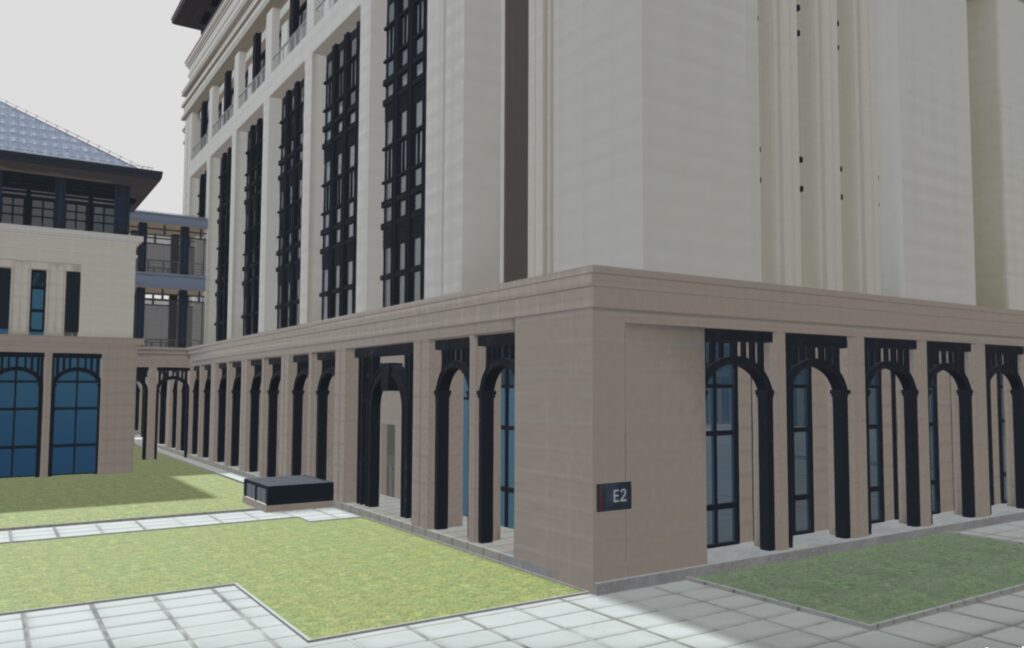 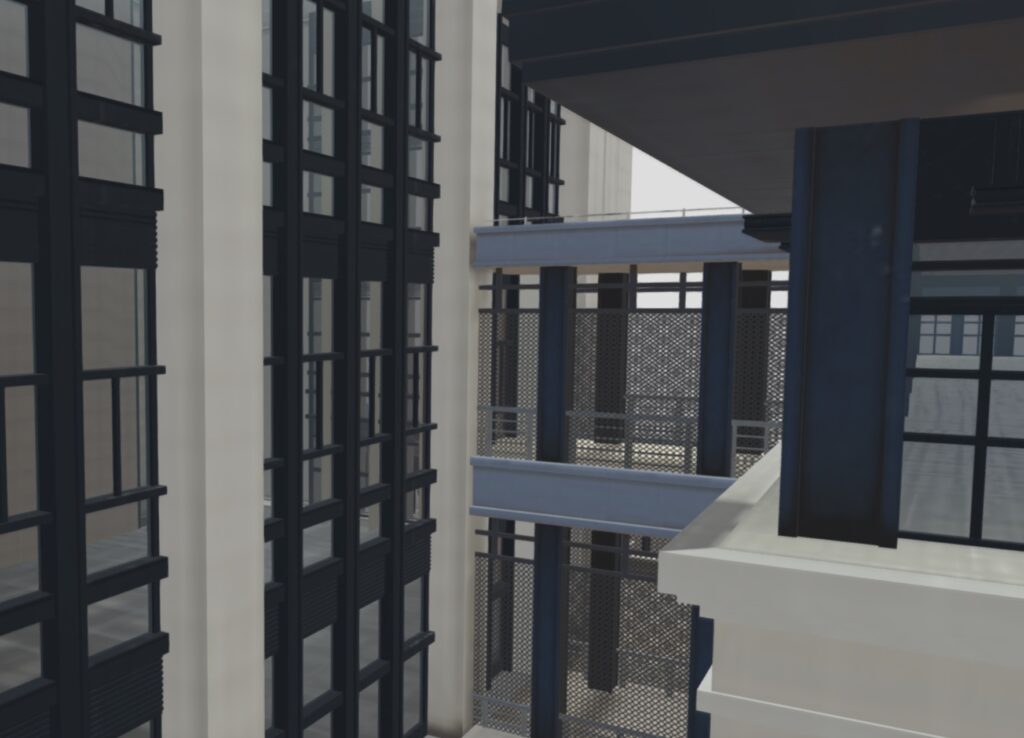 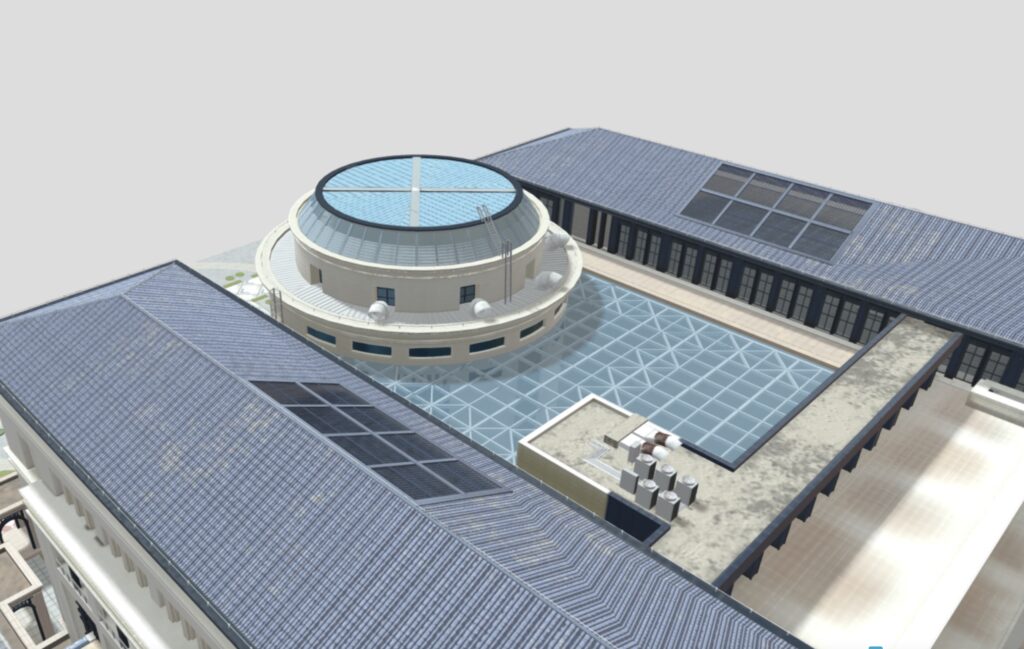 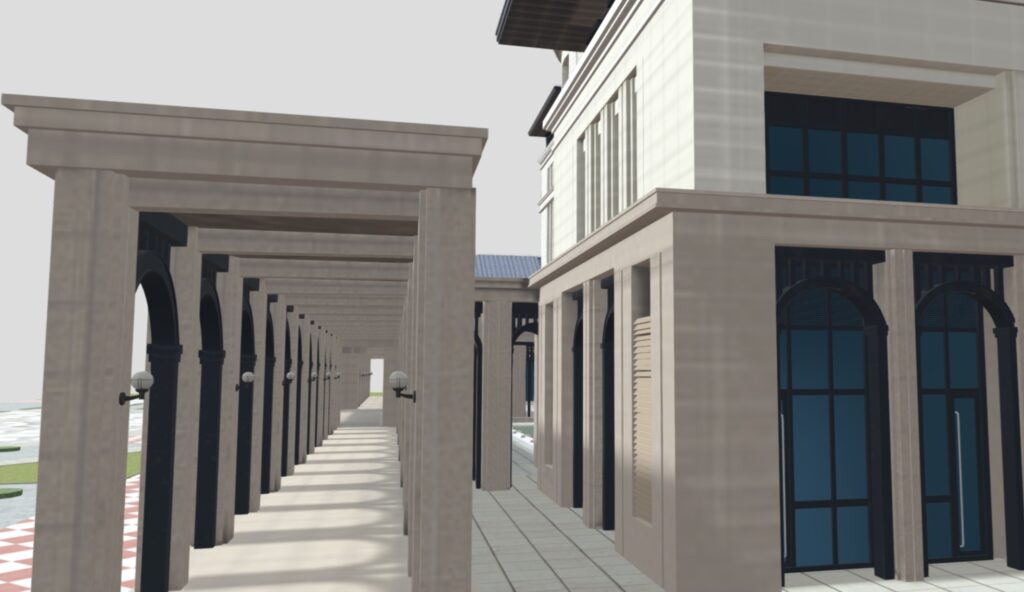 Other Information
VR of Department of Exhibitions and Museums ｜Creates a New Experience of Macau Tourism in the Future
The Macao Cultural Affairs Bureau hopes that users can browse the webpages of the various museums of the Cultural Affairs Bureau to provide the first-hand interactive experience so that tourists can “travel” in person by simply surfing the Internet anytime, anywhere.
St. Dominic’s Church – Recording and Sharing Macao’s History with 3D
The St. Dominic's Church is the common memory of every Macau person. We innovatively use 3D technology to digitally record it to protect and inherit Macau culture.
Macau Museum of Art VR | New Tour Experience 【Wild Imagination】
Co-organized by the Cultural Affairs Bureau of the Macao SAR Government and the Guangdong Provincial Department of Culture and Tourism, and co-organized by the Macao Museum of Art and the Guangdong Museum of Art It will be held at the Macao Museum of Art until June 19. Let's take a virtual tour of this exhibition together in VR!
Let’s create something
Amazing Together
GET IN TOUCH